How to install an SSL certificate on localhost / MAMP

If you do development on your own machine, then deploy to production, and you have an SSL certificate on your site, it is useful to have SSL on your localhost environment. This guide will walk you through all the necessary steps to get a working certificate on localhost.

The first step is to install MAMP. MAMP is a one-click solution for macOS and Windows for setting up a local development environment. It combines free software such as Apache, NGINX, and MySQL and is the software of choice here at Really Simple SSL headquarters.

Generating a self-signed certificate for local use

Open up a terminal and type the following:

This will create a directory called ssl in your root folder. We now need to enter that directory by typing:

Next up, create a file named server.csr.cnf by using your text editor of choice, in this case, I’m using vi

And copy the following information (for more information about what each field after [dn] does, refer to this guide by Oracle). You can change these attributes to reflect those of your own organization:

To save the file, type

Followed by an enter. This will write and quit the file.

Next up create a file named v3.ext

Write and quit again by typing

You can verify the files are in the directory by typing

Which will show all files in the ~/ssl/ directory. Next, paste the following line which will generate a RSA private key:

Next, we will generate the root certificate which will be valid for 1024 days:

Afterwards, we can create the private key for the certificate (server.key):

And finally we generate the certificate (server.crt):

This should be it! You can verify the certificate has the SAN by typing the following in the terminal:

Which should contain this line:

Adding the rootCA.pem to the list of trusted root CA’s

Before the certificate is accepted by your browser, the rootCA.pem needs to be added to the list of trusted root CA’s. You can do this by opening Keychain Access, click on the ‘System’ keychain and select the ‘Certificates’ category. This should return something like this: 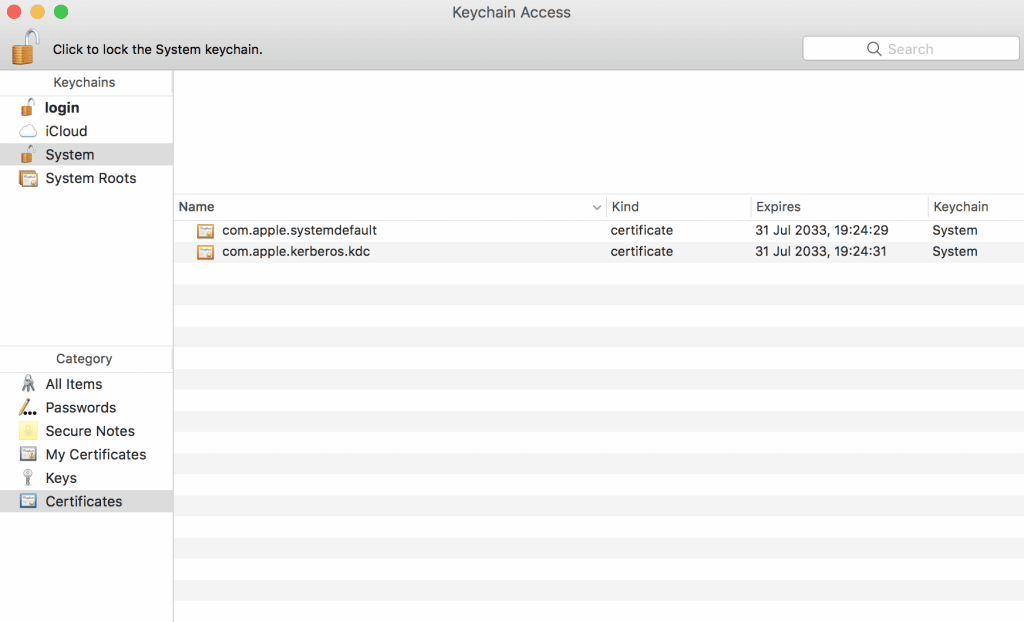 Exit the menu and your certificate should now look like this:

We are now ready to configure Apache!

Make a backup of your current configuration before you continue!

First, open the httpd.conf file and uncomment the following lines:

It could be these lines are already uncommented or not present. When they are not present you can add them.

Next set the Servername to localhost:443 (make sure there is only one Servername defined in the file)

These are all changes you need to make in httpd.conf!

Then, in the httpd-ssl.conf file, do the following:

Note: From MAMP 4.4.1 onwards, adding this might not be necessary. If Apache fails to start with the ‘could not bind to address [::]:443′ error, you might have to comment out the ‘Listen 443’ line by placing # in front of it.

Next, find the virtualhost configuration which looks something like this:

A couple of things need to be changed in this configuration. First, the VirtualHost should be set to *:443, instead of _default_:443. Make sure the DocumentRoot is correct. The ServerName should be changed to localhost:443. Finally, the SSLEngine needs to be set to on. The result should look like this:

Add the location of the .key file to the SSLCertificateKeyFile directive.

You can copy the server.crt and server.key file to another directory if you’d like but be sure to define the right path in httpd-ssl.conf.

Visit https://localhost to see if it works:

That’s it! You should now have a local development environment with SSL!

After updating MAMP to version 4.4.1. our configuration didn’t work anymore. First we got the following error: could not bind to address [::]:443.

what this means is that apache cannot start because port 443 is already in use. This happens when there are multiple ‘Listen 443’ lines defined. This can be fixed by removing the ‘Listen 443’ line from httpd.conf. Leave the ‘Listen 443’ in httpd-ssl.conf. You can find possible duplicates by running the following command in the Terminal:

This will show all instances of ‘listen’ in the MAMP configuration directory.

Once that error was resolved the SSL certificate was working but all https://localhost requests resulted in a 404 error. This error was happening because the ‘DocumentRoot’ was defined twice, in both httpd.conf and httpd-ssl.conf. Removing the DocumentRoot from the httpd-ssl.conf resolved this issue. Now MAMP is back up and running.

We also experienced that Apache doesn’t write all errors to the apache_error.log file in the /logs/ directory. If that happens, try to restart Apache via the Terminal (command line) using this command:

It is possible that restarting Apache in this way will show errors that didn’t make it to the log file, making it a lot easier to troubleshoot issues. 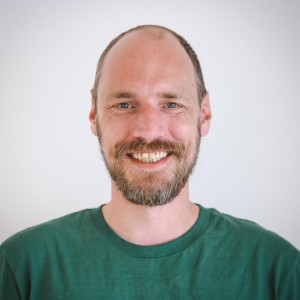 The Authorization Header is Missing