PrevPreviousWhat is HSTS?
NextWhat is Expect-CTNext
[DEPRECATED] The X-XSS-Protection security header was created to control the built-in protection against Reflected Cross-Site Scripting (XSS) attacks in web browsers. In the past XSS protection was built into Internet Explorer, Chrome, Edge, and Safari. Firefox never implemented XSS protection. When a browser with built-in and activated XSS protections detected an XSS attack, the browser would remove the unsafe scripts from the page.

The problem with XSS protection is that is introduces new possibilities for cross-site information leak attacks. Because of this in 2016 the XSS auditor in Chrome switched from filter mode to block mode that completely blocked loading of a page when XSS was detected. Not long after this change, security researchers found different ways to abuse the XSS auditors block mode to steal information like tokens from web sessions and there were also numerous issues with falsely blocked legitimate scripts. Because of these issues, Chrome switched back to filter mode in 2019 thereby reintroducing the cross site information leak vulnerabilities. Within three months Chrome removed their XSS auditor altogether after Edge had already done the same for their XSS filter in 2018. Currently (May 2022) only Internet Explorer and Safari still have built-in XSS protection. The consensus among security researchers is that XSS protection in browsers is best disabled and that the Content Security Policy header (CSP) is used to mitigate XSS vulnerabilities. 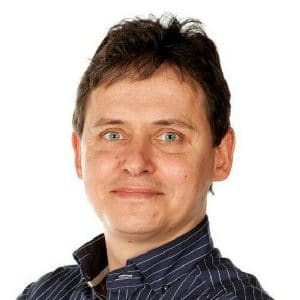 With the mixed content fixer and scan in Really Simple SSL pro we’ll get you the secure lock!

Extensive scan which enables you to detect the source of mixed content that couldn’t be fixed automatically, with fix button.

HttpOnly and Secure flags to make cookies secure and encrypted.

How to find where (unwanted) security headers are set

In some cases you may get the warning: “Header x has been set to the non-recommended value “**”, or You tried to disable “header”, but

Cross-Origin Isolation In 2018, a new vulnerability was discovered in processors. It allowed a “side channel attack”. These types of attacks try to gather information

With the release of WordPress 5.7 a new core feature was  introduced. Site users who have a certificate, but still need to change their URL’s

So what changed? WP Engine will drop support for the root file .htaccess. This is not uncommon, and several web servers, such as NGINX, do

For Security Headers with WP Engine, an Apache/NGINX hybrid, please visit this article